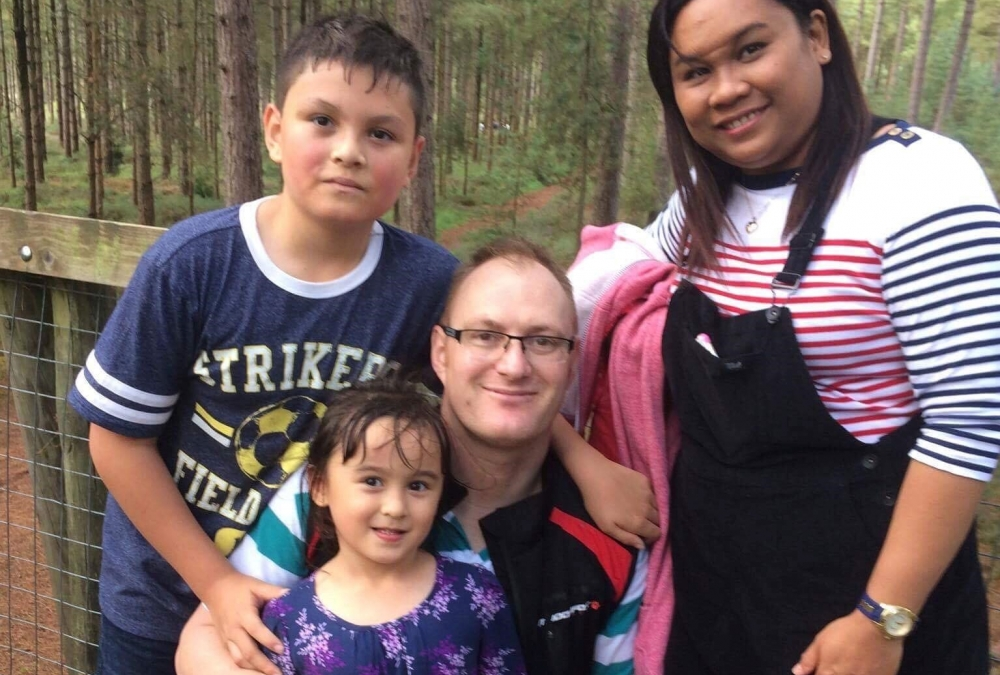 On Sunday 3 December, School student Sam will take on the city’s Santa Run to raise money for his school with THREE generations of his family running alongside him.

12 year-old Sam will be joined by his 3 year-old stepsister Alex, his father and stepmother, and his grandparents Jane (64) and Ted (74). Sam’s father Robert said;

‘As a family we always want to do things together. We value spending time with each other and this is a brilliant way to have fun as well.’

‘Sam has been deaf since age of 4 months old when he lost his hearing from Meningitis. Exeter Deaf Academy has transformed his life and the help the school gives is invaluable. This is our little way of saying thank you for all the help they have given him over the years.’

‘We want to raise as much as we can. Since Sam joined the Academy we have seen a great improvement in him and in his academic and social life, which has given him true happiness and confidence.’

‘I used to run during my younger years and was a junior international on the track and cross-country, but the Santa Run will be challenge as we are running as a family with a different level of fitness. It’s worth it though, as it’s an event we can do with three generations of the family.’

The annual Santa Run attracts hundreds of Santas of all ages and is one of the city’s festive highlights.  This year the run, organised by Exeter City Community Trust, will start and finish in Princesshay shopping centre. The race will end right next to the Cathedral Green Christmas market, so runners will be able to enjoy some Christmas cheer after finishing the race, and perhaps refuel with a mince pie or two! There is a 5k route available to runners over 13 years of age, and a 2.5k route open to everyone.

Exeter Deaf Academy is an official charity partner for the event, and the money raised will go towards the Academy’s New Build – a multi-million pound project to build a world-class new Deaf Academy in Exmouth, which will be a global exemplar for the provision of services for Deaf young people. The site will house the Academy’s school, college and residential accommodation, with the Academy creating a vibrant space designed to inspire students and connect them with the wider community. The new Academy is due to open in 2019.

Anyone wishing to join the Santa Run and raise money for Exeter Deaf Academy can contact fundraising@exeterdeafacademy.ac.uk or call 01392 267019.