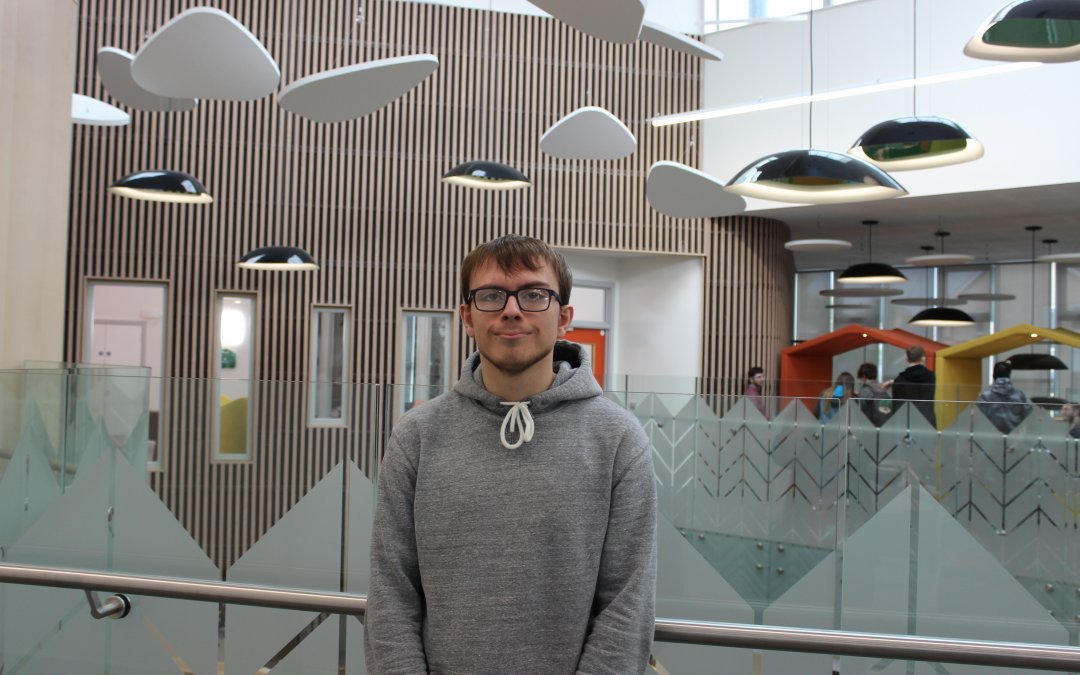 We’re so proud of our student Thomas Bowden, whose writing has been recognised in a national poetry competition.

The competition, which was run by the London-based Eastside Educational Trust, invited young people aged between five to 25, to write a poem and submit a performance for its project ‘I know I wish I will.’ The project encouraged young people to give voice to what they understand about their world now, what they wish for and what they will do to create change.

More than 3,000 submissions were received. From this, 808 were selected to perform a live 25-hour continuous spoken word poetry marathon at the West End’s Criterion Theatre to celebrate Eastside’s 25th anniversary.

Thomas, 17, wrote a poem called ‘I’m Deaf ‘ which is about his ambition to become a chef. He was one of the final 808 young people to take part in the event, which was scheduled for 21st March, World Poetry Day. Unfortunately, the event was cancelled four days before the performance owing to the increase in coronavirus measures from the government.

Instead, Eastside created a ‘Digital Stage’ where poets could post their performances on social media. Thomas, who performs his poem through British Sign Language, said: ‘It’s a very visual way of expressing yourself. I just want to show that deaf people can also be involved with poetry. Hopefully it will open up people’s ideas of BSL. It’s such a visual beautiful language.’

Thomas said he was disappointed not to be able to perform his piece in the West End, but is pleased that people can access it online. His advice to others thinking about writing poetry: ‘Just give it a go. Write things down and do a competition like I did.’