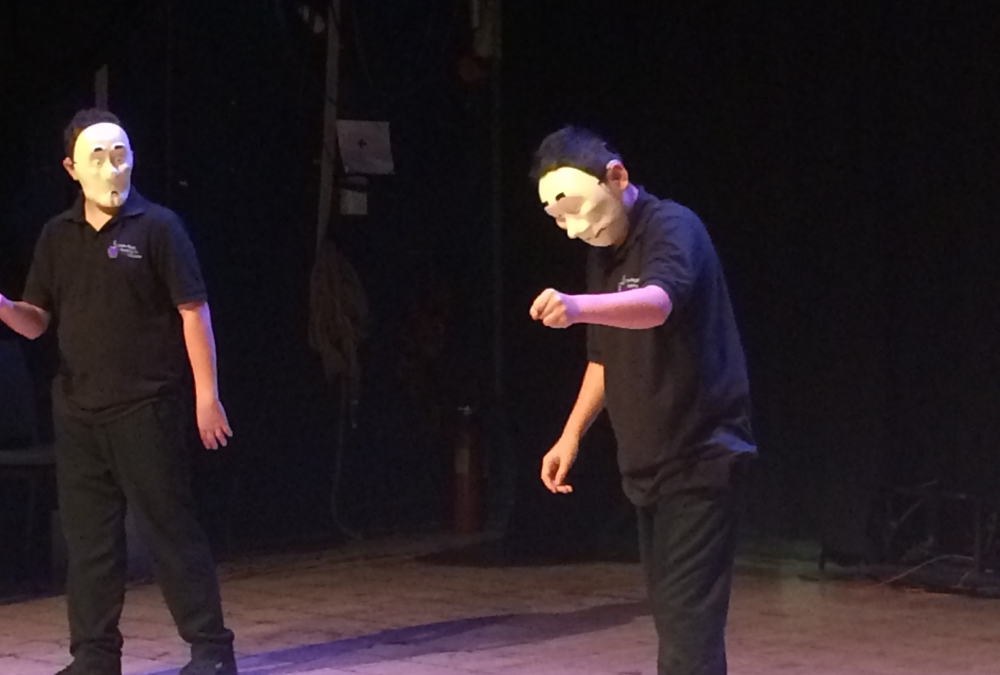 For the past few weeks Class S1 have been rehearsing for PaddleBoat Theatre Company‘s Topsham Road project, which we took part in along with three other schools on Topsham Road – Isca Academy, WESC Foundation and Southbrook School. On 9 November each school performed their interpretation of the poem The Door, in a special showcase at Exeter Phoenix.

Lisa Hudson, Education and Outreach Officer for the Northcott Theatre, was also instrumental in delivering the project. Lisa said;

‘We realised we had four very interesting schools within a mile of each other on Topsham Road. We found a little bit of funding and spent the last six weeks working in each school. We’ve all looked at one poem, but we’ve interpreted it very differently

We hope it’s going to lead to a much bigger project. It’s been a really amazing experience for everyone.’

With help from Paddleboat’s Artistic Director Katy, Academy students Sam, Jay and Oliver from Class S1 produced an interpretive play, showing how they each found a door and travelled through it to a forest full of animals – and met a panther! Afterwards, our students explained to the audience in BSL what they learned from the project and how they felt about performing.

‘I like acting scared – I find scary acting easy. The crocodile in my piece was scary, and so was the music!’

All of the performances from the four schools were incredibly thoughtful and creative, and it was fantastic to see students of all backgrounds and abilities working together and supporting each other. Well done to everyone involved.