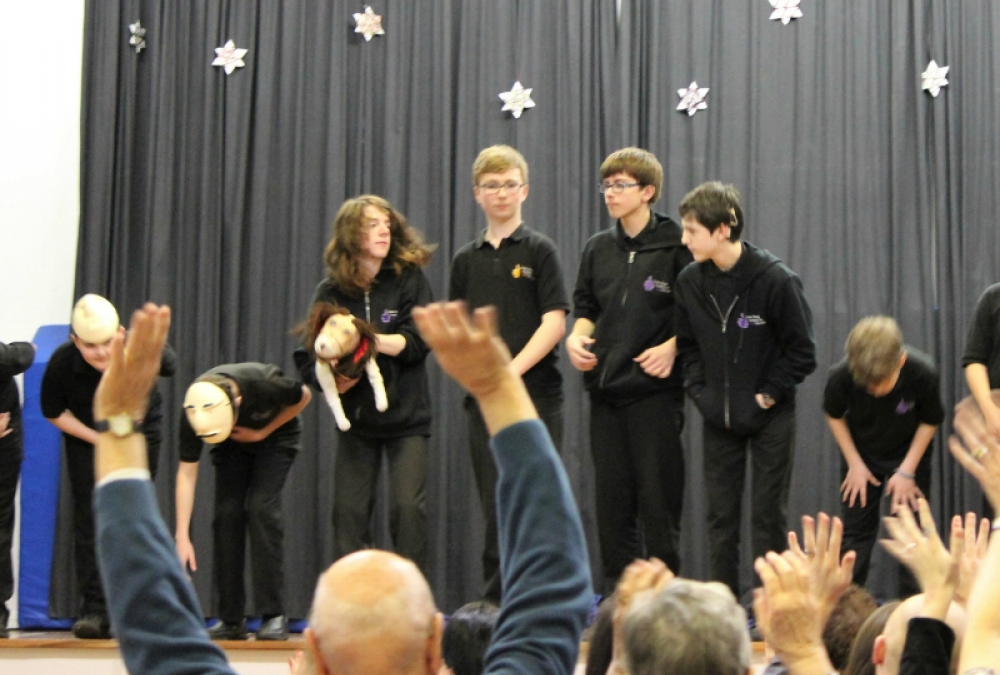 Our school pupils are celebrating a donation that will enable them to continue developing an imaginative drama show that could be staged at a professional theatre.

The PaddleBoat Theatre Company have been working with our Key Stage 3 Expressive Arts Group to create a show about ‘Bob the Dog’, which was premiered at our End of Term Open Day in April.

The theatre company has now received funding from Santander to continue the project with the aim of showcasing the students’ performance at a local venue during this summer term.

Michael Smith, Paddleboat’s Tour Manager, said:
“We have received money from Santander’s Discovery Grant to fund us to come in and deliver a series of six workshops at the Academy.
“Each week will focus on teaching the children new performance skills that will develop their devising work and help to support our practise as professional theatre makers.
“The aim is to give the students’ knowledge about theatre as a place of work.
“We are hoping, at the end of this process, that the students will go on to deliver a developed version of their production Bob the Dog at a local theatre to showcase their new skill-sets and give them the opportunity to perform in a professional environment.”

Pupils gained their inspiration from a school trip exploring woodland habitats, then created the story about a lost dog searching for its owner.