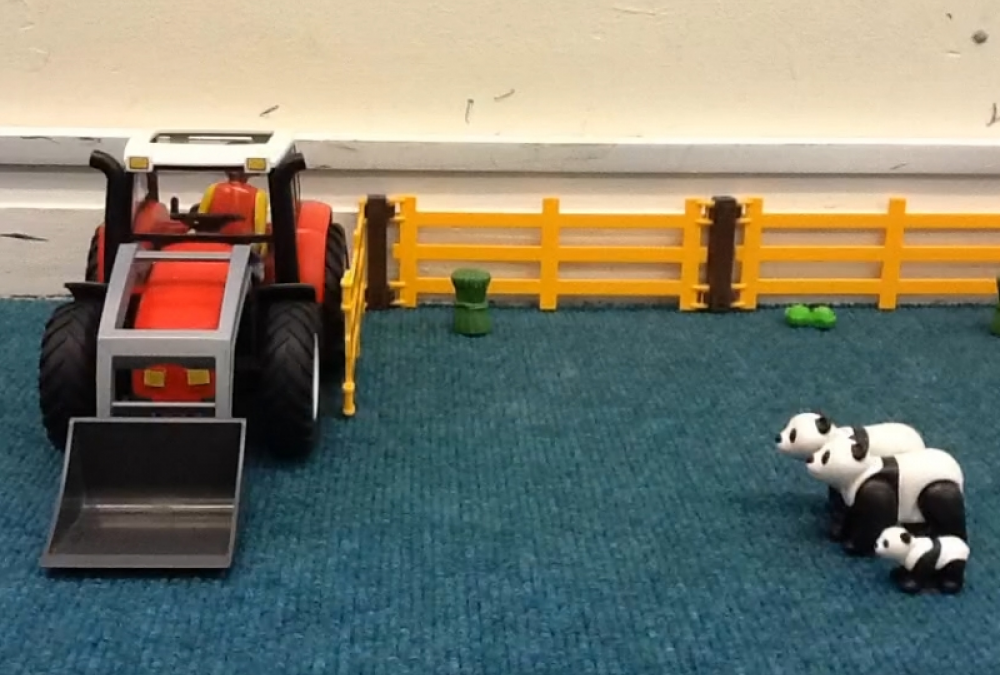 [https://youtu.be/UStZMDOq9s0,50%,300,right]Primary started a new topic on animation at the start of the new term. For this the students have been using the ‘I Can Animate’ app on the iPads. At the start it was all about showing the students the process of animation, having them build a car out of Lego and then getting them to slowly move it along a surface and taking pictures at each step. The ‘I Can Animate’ app allows the user to see the last picture that was taken, which helps them move the item on for the next shot in the sequence.

After watching a video about animation the students noticed that if they use smaller movements between shots then their animations will be smoother. The students took this on board and fully used it in each of their own animations. This is evident from the videos below which you can click to watch.

Initially each student made a short video of a Lego man walking along a Lego base. Some students even extended themselves during this by having the Lego man turn around, wave to the camera or even walk with another Lego person.

The students have also been able to put their creativity to the test by coming up with their own movie ideas. They have used either Lego, Duplo or cars and have transformed their ideas into reality. The students have put a lot of effort in to their videos and have been proudly showing staff and each other when they are finished.