Not one but two awards for Christian 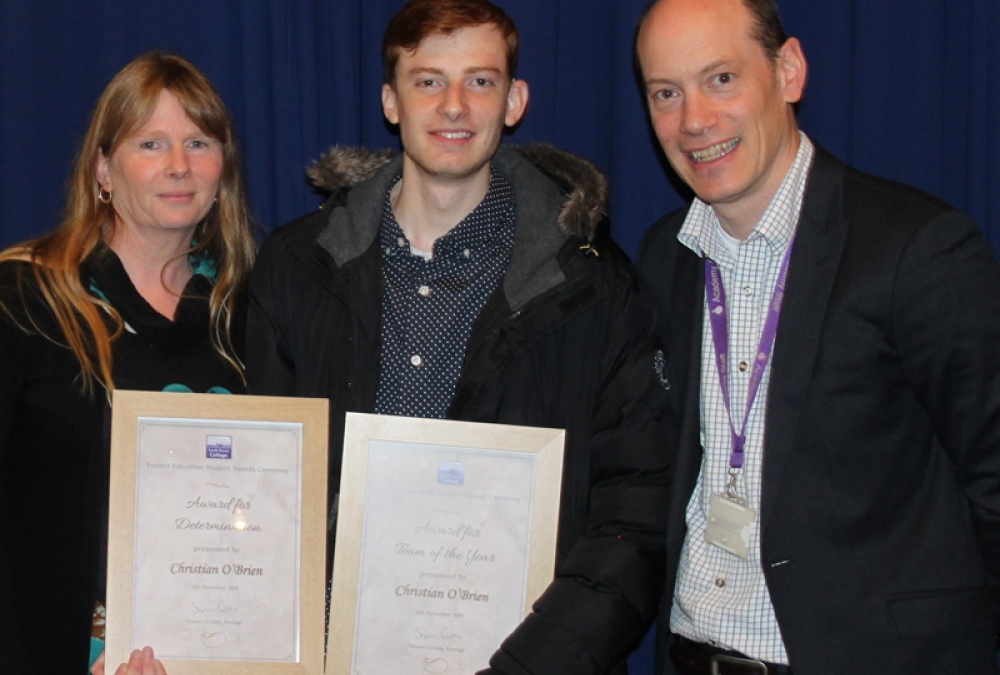 Christian has been recognised by South Devon College for the great work he put into his Level 1 Painting and Decorating course last year. He attended South Devon College’s Further Education Student Award Ceremony at the Torquay Riviera Centre on an autumnal day in November where he was awarded not one but two certificates! His first award was for ‘determination’ which recognises the hard work Christian applied to his communication and his efforts to succeed on his course. The second award was for ‘Team of the Year’, which was given to Christian and other hearing students from his group to celebrate how they worked so well together to support each other and be successful. Christian is now making good progress on his Level 2 Painting and Decorating course which started in September and he is gaining all the skills he needs for the world of work. Well done indeed.