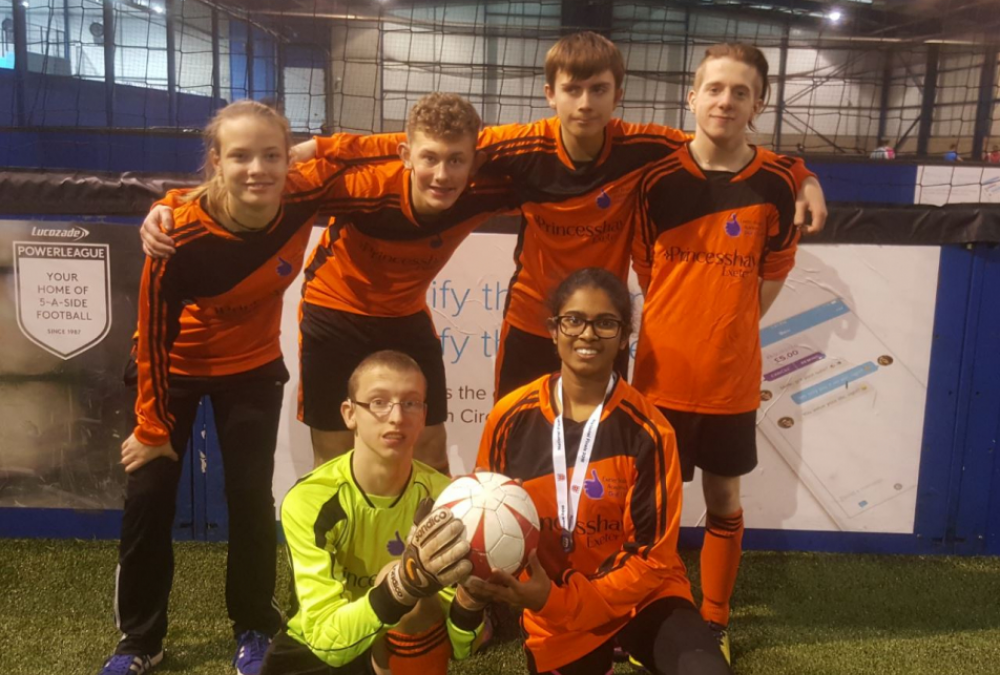 On 6 February some of our School students were up bright and early to travel up to Derby’s Powerleague Soccerdrome for the National Deaf Schools 5-a-side competition.

Our boys team (Alex, Matthew, Jonathan and Tom) made the semi-finals playing as a 4-a-side team, and Alex was the highest goal scorer of the competition with 6 goals!

Our girls also shone – two girls were able to attend from our Academy and they were both loaned to play for other schools on their girls teams. Leah played for Doncaster School for the Deaf, and Nissi played for the Royal School for the Deaf Derby, who were the winning team! Nissi has been invited back to guest for Derby at the English Schools’ Football Association U16 Girls Deaf Cup final.

However as Academy PE teacher Nick pointed out – ‘Whenever the question is asked, “Who won?” the answer is always: “Football is the winner!”’