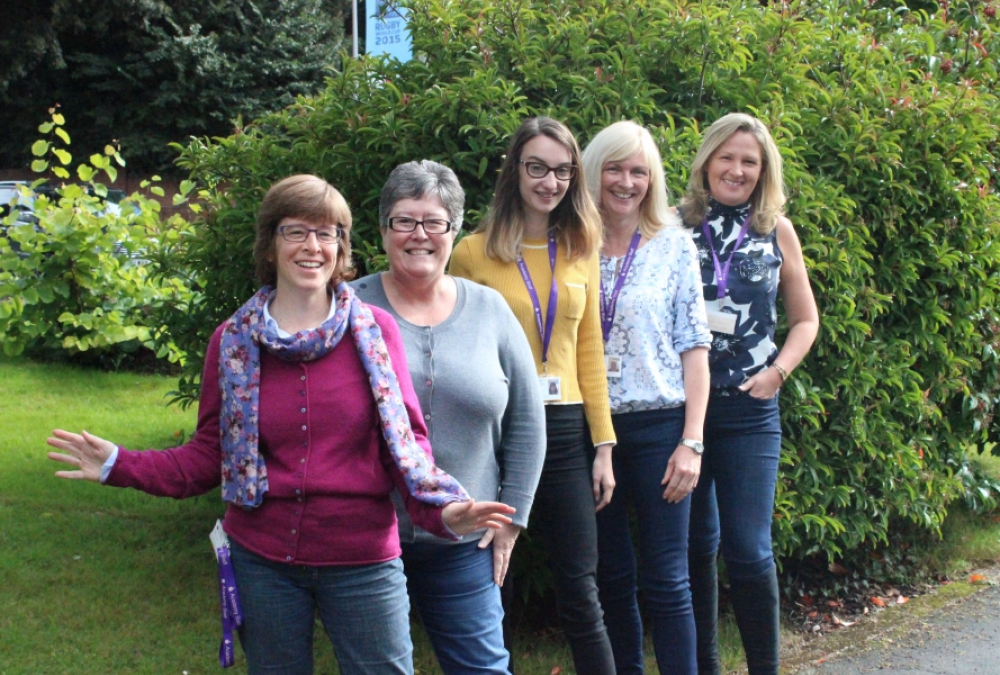 In the UK 1/25 children are born with a genetic disorder. On Friday 18th September Exeter Deaf Academy decided to raise money for those children affected by taking part in Jeans for Genes Day.

An assembly was held before the day explaining the work of this charity and why it was important. Jeans for Genes day gives out grants to small charities who help children with genetic disorders as well as funding Genetic Disorders UK the national charity dedicated to supporting families affected by genetic disorders.

On Friday a sea of blue legs arrived at the Academy. Elliott, a student in School, collected £1 from everyone who had participated and also counted the total raised. Elliott proudly announced to the Head of School that the Academy had raised an amazing £72. Well done to all involved.