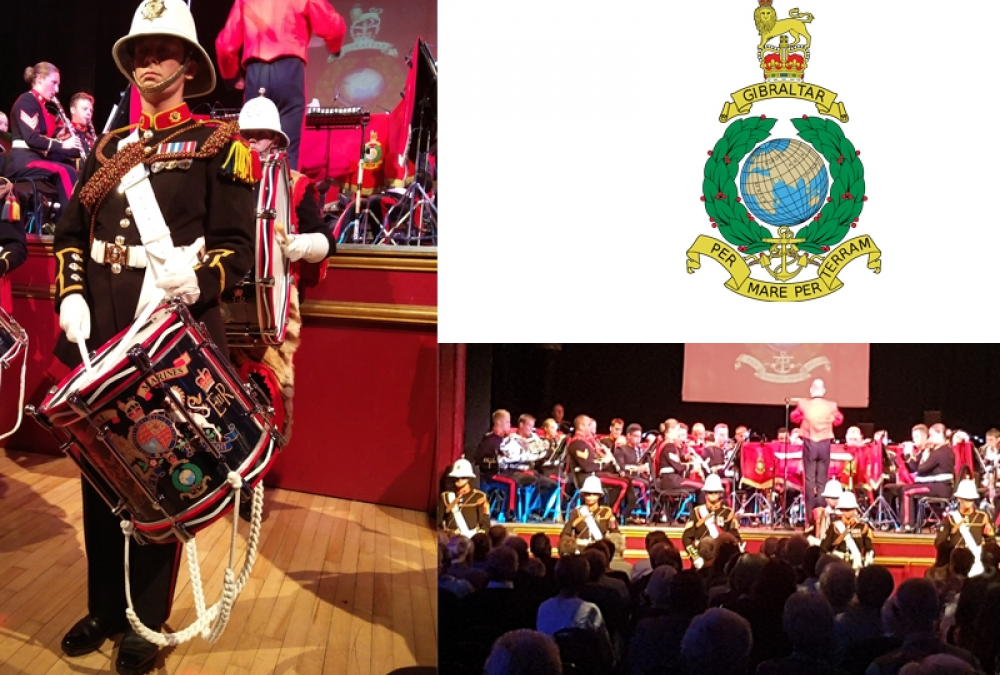 On 12th October the world famous HM Royal Marines Band put on their Autumn Concert in Exmouth where we were kindly chosen as the benefiting charity. Captain Steve Green, Director of Music, led the concert which included performances by the concert band, big band, violin and euphonium solos and a special performance by the drum corp.

The sparking lights and tremendous atmosphere generated by the band brought some audience members to their feet who danced until the final note. The theme for the concert was globe and laurel, which is the cap badge used by the Royal Marines, and manifested in traditional marches, film music and more modern military music.

It was a huge privilege to be involved with such a wonderful evening. We had some lovely feedback from audience members after the show saying that they are delighted Exeter Deaf Academy is moving to Exmouth. The concert raised £600 for the Deaf Academy’s essential work which, thanks to the support of the Exmouth community, is well above the amount usually raised at such an event.

We recently announced our exciting plans to build a new world class Deaf Academy on the former Rolle College campus in Exmouth. The seven-acre site, formerly owned by the University of Plymouth, will provide distinct identities for school and college, ground level accessibility for students with physical disabilities and an opportunity to build enough residential accommodation to keep pace with a growing student population with increasingly complex needs.

It was a real pleasure to be part of Her Majesty’s Royal Marine’s Autumn Concert and we are very much looking forward to forming further links with the Exmouth community in the years ahead.