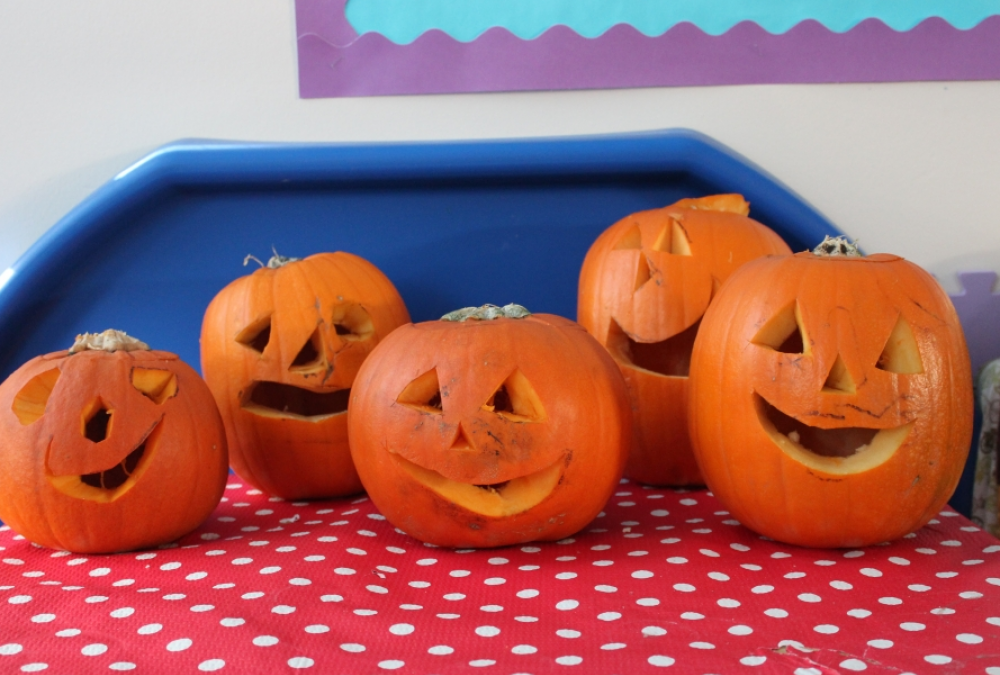 We’ve had an exciting first week back after half-term!

Class S3 celebrated Hallowe’en with some pumpkin carving. The class scooped out the pumpkins’ insides and then carved some jolly, rather than spooky, faces into them, ready to be lit up once the sun went down!

Meanwhile Class S1 were busy making paper pumpkins, which they then used to decorate their classroom. They also kicked off their Roman history project with a visit from Student Support Worker Sean, who dressed up as a Roman Centurion. The class then had a go at choosing Roman outfits and dressing up themselves, while examining foam replicas of a Roman shield, sword and spear.

There was also lots of activity happening in Care, where everyone was getting ready for the Halloween party. Once the face painting and costumes were done, students took part in games like apple bobbing, pumpkin carving and general spooky goings-on!

See below for some photos of the fun…