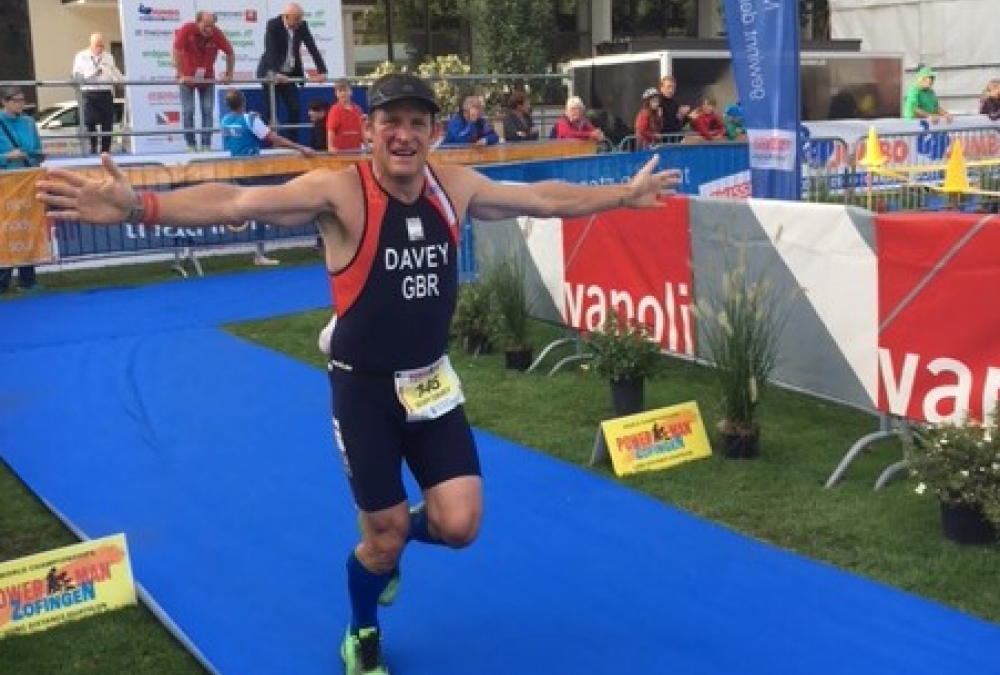 The world long-distance Powerman Championships took place in Zofingen in the Swiss Alps on Sunday 3 September. The duathlon consisted of a 10km run, 150km cycle, finishing with another 30km run – 190km (118 miles) in total, with 1600m of elevation on the bike ride. Established in 1989, the race is described as ‘the most famous and toughest duathlon in the world’.

In May, Geoff competed in the European Long Distance Duathlon Championships where he was one of twelve GB athletes selected by the British Triathlon Federation to compete in a grueling 10k run, 60k cycle race, and a final 10k run.

Geoff’s outstanding performance qualified him for Sunday’s world long-distance Powerman Championships in Switzerland which took place just a few days before the start of term.

Geoff hopes his achievements competing with Team GB will play a key role in encouraging young people to pursue sports and inspire our students to achieve their personal goals.

‘It was all about showing British spirit and determination,’ Geoff said.

‘It really was tough. The Swiss Alps are unforgiving, and the distances don’t do the difficulty of the race justice. When you see elite athletes collapsing and crying around you it can be a bit scary! But I felt well prepared and had put a lot of practice in’.

Geoff finished the race 12th in the world in his age category of 40-44 and was the second team GB athlete to cross the finish in his category.

‘I hope this inspires our young people at the Deaf Academy to be successful – not just in sport, but in their lives in general. I hope it can give them some idea of the challenges that can be overcome with preparation and determination.’

Geoff finished with a total time of 08:54:23. He flew back to the UK for the start of the new term two days later, where he was greeted with a round of applause – we are incredibly proud of him for his incredible achievement!