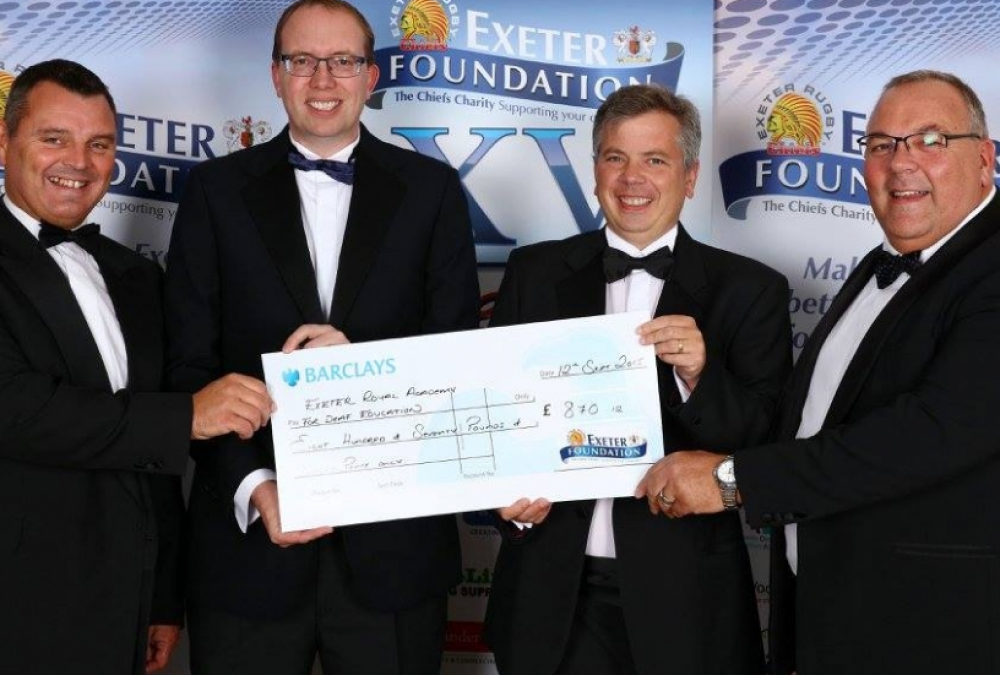 Exeter Deaf Academy were delighted to be invited to the Exeter Foundation Season Launch dinner held at Sandy Park on Saturday 12th September.

A grand total of £47,000 – raised through various fundraising activities last season, including match-day bucket collections – was distributed to the charities and organisations following another hugely successful year.

Welcoming over 300 guests to the dinner – which was also attended by 24 members of the Exeter Chiefs first team squad – Foundation Chairman, Tony Rowe OBE, paid tribute to all the work carried out by all those involved over the past 12 months.

Exeter Deaf Academy representatives Keith Stevens, Head of School and Mark Stocks, Deputy Head of School (pictured above) were presented with a cheque £870.12 and also received an additional £500 donation from the Exeter Foundation on the night.

As a charity, Exeter Deaf Academy is not funded in the same way as state schools and therefore requires fundraising income. Our supporters make a critical difference. We would like to say a huge thank you to Exeter Foundation for their continued support and we are delighted to have been chosen once again as an Exeter Foundation designated charity for the 2015/16 season.