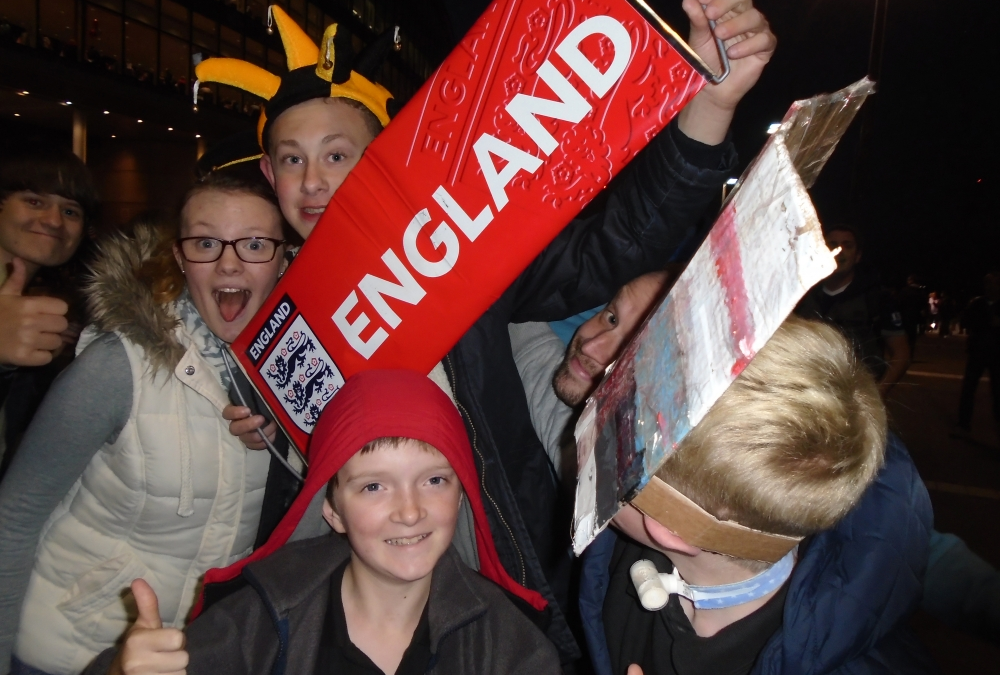 On Friday 9thOctober students from school joined the 75,427 attendees at Wembley to watch England take on Estonia in their 9th Euro 2016 qualifying match. Having the students in the crowd obviously made the difference England needed as the end result was 2-0 to England, keeping up their 100% record in the qualifying stages. A particular highlight of the match was when Ross Barkley passed to Theo Walcott scoring England’s first goal in the last kick of the half.

What our students thought:

Zak: Hello my name is Zak, I’m 12 years old and in Year 8. I recently travelled to London to go to Wembley stadium. We arrived and I sat down, I was shocked to see 75,000 people in the stadium, people were sat right the way around the stadium and right at the top. I was really excited to hear the national anthem. I saw London guards marching around the pitch, the England flag was raised and then the players came out. Wayne Rooney was given an award for scoring 50 goals. I was really happy when England scored their first goal I kept on cheering and then they scored a second goal! Brilliant! I fell asleep when we were travelling back home, we didn’t arrive until 2am because there was traffic in London.

Matthew: Hello my name is Matthew and I’m in Year 8. Recently I went to London to watch England at Wembley stadium. There were 75,000 people in the stadium! And the score was 2 – 0, England won!