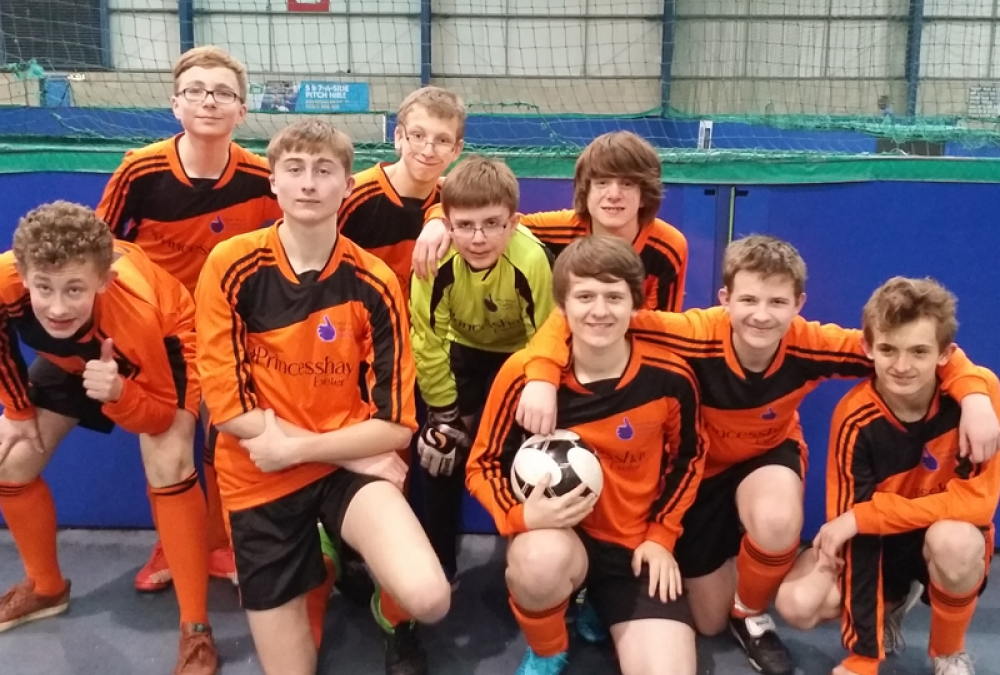 Leaving Exeter in the early morning we arrived at Derby Soccerdome ready for the 5-a-side tournament.

Nine students from Year 7-9 formed the Deaf Academy team. They were sporting their brand new football kit which had been sponsored by Princesshay shopping centre in Exeter as part of the Deaf Academy’s charity partnership for 2016. The students had chosen bright orange as their colour and didn’t they look impressive!

The team were placed in group B seniors and had 5 matches in total. What a result! We came joint 3rd in our group. Plus we were the only team to draw 0-0 with the eventual tournament winners.

Our top goal scorer was William with three. Tom our Year 7 goalie kept a clean sheet in three of our games (what an achievement!)

It was a brilliant day and everyone enjoyed themselves. Here’s to next year.