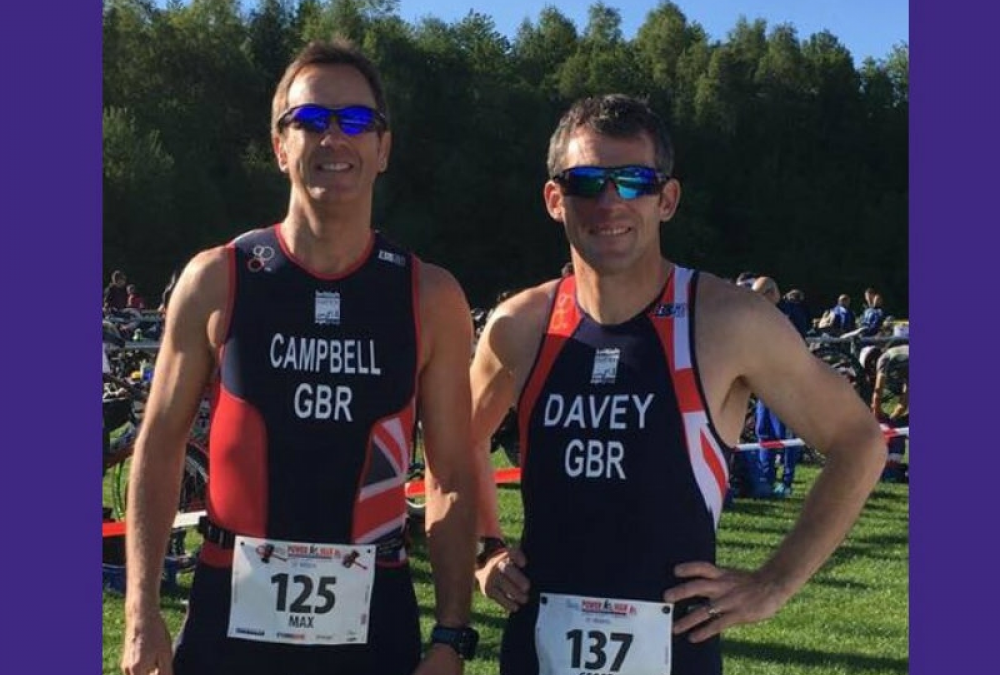 Our sporty Deputy Head of College Geoff Davey competed for Team GB in the 2017 European Long Distance Duathlon Championship on Sunday 21 May.

Geoff faced the challenge of a lifetime at Sankt Wandel in Germany. The race consisted of a 10k run, 60k cycle race, finished off with another 10k run.

He had to beat tough competition across the UK to qualify, completing the Ironman distance triathlon in 11 hours 27 minutes, finishing the 2017 Virgin London Marathon in 2:56 hours and reaching eighth in his age category in the National Duathlon Championship at Bedford Aerodrome. He was one of twelve GB athletes selected by the British Triathlon Federation for the duathlon.

Geoff hopes his achievements with Team GB will play a key role in encouraging young people to pursue sports and inspire his students at Exeter Deaf Academy to achieve their personal goals.

“For me it’s all about determination, perseverance and hard work,” he said. “Those are the three main ingredients and also my supportive family.

In the same way, it’s important for our Deaf students at the Academy to have a positive identity and a supportive network to encourage them to achieve their goals.”

Geoff himself was “hugely inspired” to be in the company of world record holders and former Olympians at the event: “It was fantastic. I was just completely overwhelmed with admiration and inspiration, because I was surrounded by professional athletes and Olympians.”

It wasn’t all plain sailing though: “During the event, I was going well until I was 10k from finishing on my bike and crashed. But after medical treatment, I cycled the last 10k on the rim of my wheel and got to the last transition before starting the hilly run for home.”

“It was all about showing British spirit and determination.”

Geoff said the build-up to the event, including a ‘reccie run’ cycling tour of the course and the team meeting, were almost as exciting due to the caliber of his colleagues. “The whole experience was just brilliant,” he said.

“I’d worked hard for the event but there were elite athletes and ex-professionals there who have pure talent; it was awe inspiring.”

Geoff’s training included cycling up to 150 miles a week and running 70-80 miles a week. Our Deputy Head of College finds time to train by incorporating exercise into his daily commute to Exeter Deaf Academy, running along Exeter Canal Banks, and cycling along the River Exe.

His performance has qualified him for the world long-distance Powerman championships in Zofingen Switzerland, in September.