Christmas comes to the Academy 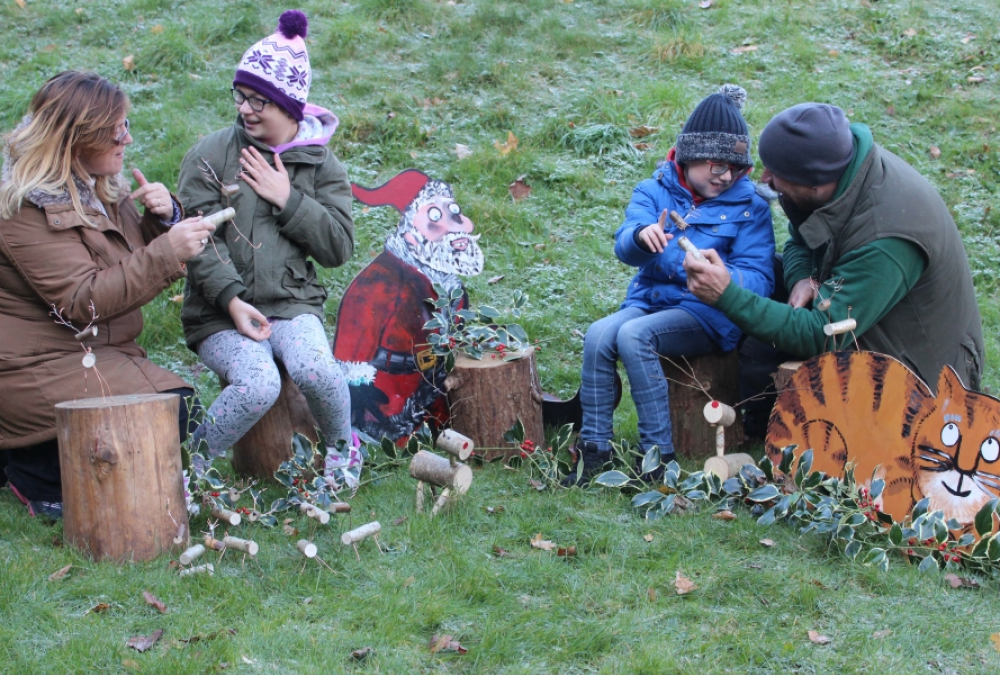 December has been filled with Christmas cheer at the Deaf Academy with a multitude of festive events taking place culminating in the much anticipated the “Academy’s Got Talent” Christmas play on the last day of term.

The festivities started early on 17 November where Primary and Year 7 went to the local Princesshay shopping centre to decorate our Christmas tree in their annual charity tree parade in Roman Walk. The tree’s theme this year was the 12 Days of Christmas with each decoration handmade by the students incorporating woodwork and handprints for the birds.

College CN class were also busy decorating baubles for our Charity of the Year partner Bradleys Estate Agents the Honiton branch to sell at their site to fundraise for us. Adding the money Bradleys raised from their bauble and cake stall with their skydiving and other fundraising activity Honiton has raised nearly £700 for us! We’d like to say a huge thank you to all the team for their continued support.

The annual Academy Christmas craft market selling handmade gifts made by college students on 9 and 10 December saw the people of Exeter flock to meet the skilled crafters and get a unique Christmas present for their friends and family. The students running the stall raised £540 with more funds being generated at an after sale for staff.

School also brought Christmas joy to Exeter city centre on 8 December when they performed signed Christmas carols in Princesshay. ITV WestCountry joined us and you can see their report below:

Merriment stepped up during the last week of term when students visited the Exeter Christmas market on 14 December to meet the stall holders and learn more about the many different cultures and traditions of those at the market. Students then returned to school for their Christmas lunch followed by a disco and face painting.

The next day was the last day of term and the big finale of the festivities at the Deaf Academy. Parents crowded the hall to watch each year group perform their well-rehearsed shows all hoping to be crowned the winner of the Academy’s Got Talent.

First to perform was Year 10 with “Mistake Santa” who’s story involved a boy who had never liked Christmas as he never received any presents. This year he decided to kidnap Santa and take his place so he could steal all the presents. However, on entering the first house the real Santa escaped and instead the family at the house invited the boy to their Christmas where he learned what the true meaning of Christmas was.

A rendition of A Christmas Carol came next, performed by Year 9 and Year 8 told the story of Rudolph the Red Nose Reindeer with a twist. In their story Rudolph was Deaf and no one wanted to play with him, but when he got called up to lead Santa’s sleigh he and the other reindeer realised it didn’t matter that Rudolph was Deaf.

CN class performed Stickman by the creator of The Gruffalo incorporating the props they had been busy making this term in Forest School. Finally, Primary showed their video of The Snowman which they helped tell through sign language.

The judges played by the Principal and Head of Therapies praised all the students for their superb plays, but as ever the one mean judge, played by the Head of Education, was less impressed by their efforts and often criticised the staff members for letting down the performances. However, as the acts continued his heart began to fill with with Christmas cheer and by the end he had been won over by the students.

Once they had seen all the plays the judges deliberated and after careful consideration selected Year 7 and The Old Tree as this year’s winner of the Academy’s Got Talent. However, it was a very close decision and all the students did amazingly well.

Everyone at the Deaf Academy would like to wish our students, families and supporters a very happy holidays and we look forward to the students returning in January.