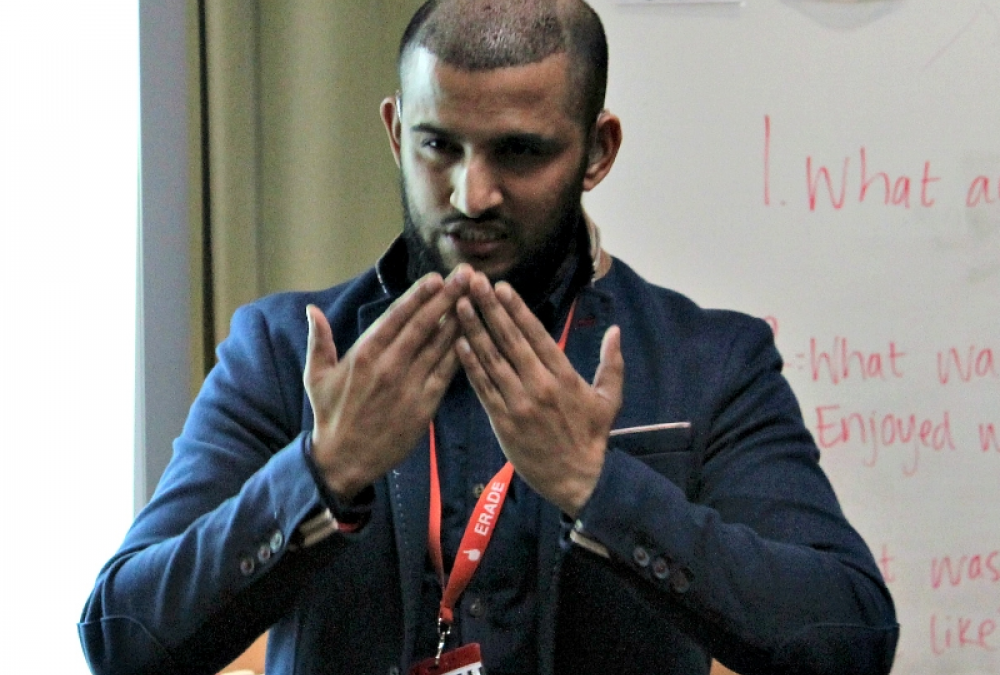 In April, celebrations were held to mark the 14th anniversary of British Sign Language (BSL) being recognised as an official language by the British Government.

Students from School and College met former students who shared inspirational stories about how to overcome barriers in the hearing world, how to be positive, and how they have progressed to independent lives as adults.

There was also a chance for current students to do a mini-presentation about jobs, access to work, and the difference between self-employment and employment.

The day was also a whole Academy voice off day, which was a challenge but a great way for everyone to practice and develop their BSL skills.