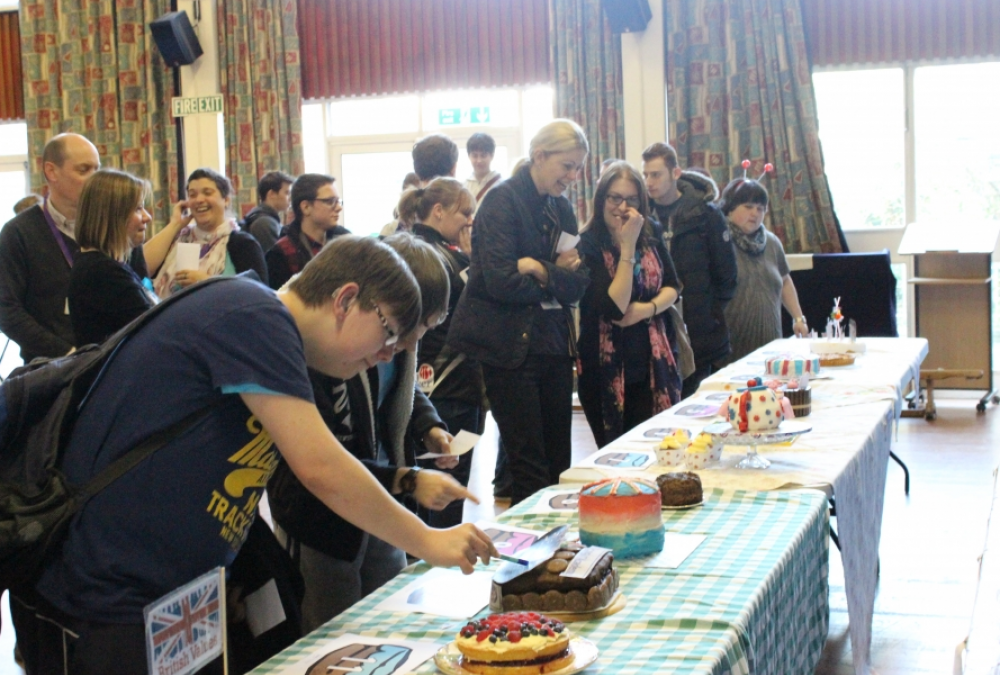 Friday 18th March was a busy day here as we both marked the 13th anniversary of BSL being recognised as an official British language by the British Government and raised money for Sport Relief and the Women’s British Deaf Football team.

We started our BSL Celebration Day earlier in the week with students dying t-shirts turquoise – the colour that is being adopted around the world to represent the Deaf community. Students could then wear these t-shirts on the main day of Friday the 18th or they could also purchase a turquoise ribbon to mark their celebration of BSL.

For Sport Relief the School Council led the events creating posters and organising activities with staff. The main events were a football competition for School and a staff v student football match in College.

To combine the day’s two events we decided to run a staff baking competition in homage to Great British Bake Off. Staff worked hard at home to create their show stoppers on the theme of “British Culture” and were then judged by students on design and taste. The event was a huge success with 15 staff entries – we had no idea so many of our staff had such amazing baking talents! College TA, Nicola, was awarded star baker for her Strawberries and Cream Tea Party cake which was “perfect as it looked amazing and tasted amazing”.

After the judging, the cakes were sold, which raised money for both Sport Relief and the Women’s British Deaf Football team. The reason for this was to gain awareness of the many deaf sports team that exist in the country and that there are also national competitions such as the Deaflympics, which is officially recognised by the International Olympic Committee.