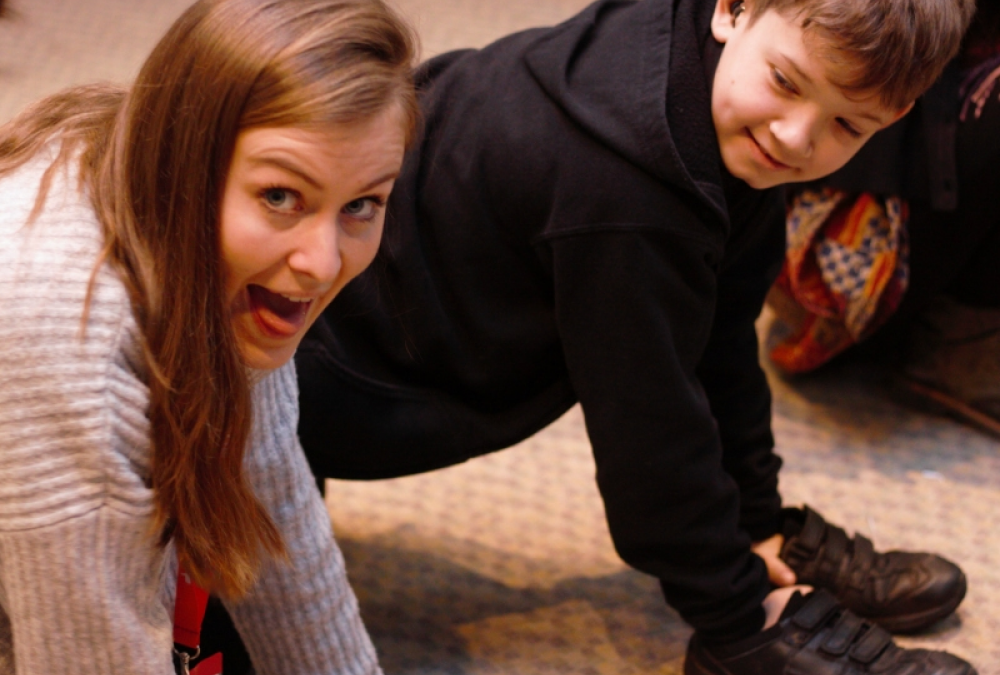 Our school pupils have been rehearsing for an imaginative drama show which will be premiered to parents at the end of the spring term before going on tour.

They got their inspiration from a school trip exploring woodland habitats, then created the story about a lost dog searching for its owner.

This term’s focus has been ‘The Woods’. Pupils visited Forest and Beach in Kingsbridge, a centre where they explored woodland habitats, made fires and built shelters. Michael Smith, Paddleboat’s Tour Manger said:

“We asked pupils to bring their experiences back to the rehearsal room. Increasingly we have been trying to give the group more creative freedom, and more control in the devising process. This is the third term we have worked with the Academy’s Key Stage 3 Expressive Arts group now.

The group have really excelled, and fully created their own show about Bob the dog, who loses owners in a forest, and has to find his way back home. With the group we develop early ideas for a new show we are creating, and in turn we help them create a show of their own.”

Our Expressive Arts Class will be showing the production to parents and students at the end of term, before taking it on tour to a professional theatre venue to share with new audiences.